Asbestos fibres are microscopic, but they are resistant to fire and most chemical reactions and breakdowns. This is why it was used for years for things like roofing shingles, floor and ceiling materials, cement compounds and even automotive parts. But these days, as it is directly linked to lots of lung and respiratory problems, so is no longer used.

Why is asbestos dangerous?

Asbestos is so hazardous because its fibres are so small. They are .02 the diameter of a human hair, which means that they are easily inhaled. The fibres cling to the lining of the lungs and inner cavity tissue, and become lodged in the soft tissue. They’re not easily broken down by the body which causes problems. Asbestos is now a known carcinogen to humans.

Who is at risk of health problems due to asbestos?

Hundreds of thousands of people were exposed to asbestos because it was so widely used in domestic, commercial and industrial products. People that worked with it are the most at risk because it is when the fibres are released into the air that they become dangerous. Processes such as grinding, chipping or demolishing could all cause the fibres to be released into the air. Most of the time, when it is present in intact cement or tiles, there is no immediate harm to those around them.

If you think there is asbestos in your home or workplace, it’s best that you call a professional to get it removed. Use our service to get up to four quotes from reliable contractors.

To find out more about asbestos, visit the British Lung Foundation’s website.

Emily Rivers is the Customer Experience Manager at Quotatis. She informs customers of the latest developments in a range of products so they can make the best choice for their homes and ensures they get the best out of our service.

Where does Asbestos Come From?

Where does asbestos come from? Lots of people ask this question. In fact, a lot of people think that asbestos was invented. But it’s a natural substance. Asbestos is fire resistant, strong, sound absorbent and electrical and chemical damage... 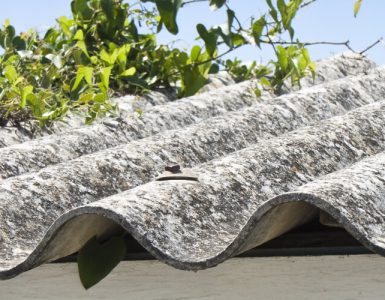 How to Spot Asbestosis: The Warning Signs

Asbestosis is a condition caused by asbestos fibres when they are inhaled. The symptoms of the condition are very similar to other respiratory problems, so suffers do not always receive treatment straight away. We’ve put together a list of the...

4 Types of Asbestos Testing and Surveying You Should Know About

How Asbestos Sampling Works and why you Need it

3 Reasons why it’s Worth Having an Asbestos Survey

We use cookies to help give you the best experience on our site and allow us and third parties to tailor ads you see on this and other websites. By continuing you agree to our use of cookies.